Renusol America, a provider of solar PV mounting solutions, has announced its support of a student team from Stevens Institute of Technology in its competition in the Department of Energy’s Solar Decathlon 2015. Renusol America donated 60 of its Renusol CS60 one-piece, ballasted PV mounting systems for flat roof applications, along with hardware, and assisted the team in the design and engineering of the solar array.

Stevens Institute of Technology has fielded one of the fourteen college teams from across the country that are competing in the design and build of cost-efficient and energy efficient solar homes. Inspired by Hurricane Sandy’s devastating impact on the New Jersey shoreline, the Stevens Institute of Technology team’s entry, the SURE HOUSE, represents the team’s vision of a sustainable and resilient home for the areas at greatest risk due to rising sea levels and more damaging storms.

From storm-resistant shelters to breezy dwellings that open like a flower, the solar-powered houses in the U.S. Department of Energy’s Solar Decathlon 2015 are as diverse and creative as the teams behind them. Each was inspired by the unique cultures, experiences and landscapes of its creators, who represent more than 20 colleges and universities around the world.

All their hard work and ingenuity will be on display this October 8-18 at the 2015 Solar Decathlon’s grand finale in Irvine, California. The 14 collegiate teams will put their final designs to the test in 10 contests (hence the name “decathlon”), with top honors going to the house that best blends affordability, consumer appeal and design excellence with energy efficiency and sustainability.

THE SURE HOUSE is headed west. Students at Stevens Institute have packed up and are shipping their sustainable and resilient solar-powered coastal house to Irvine, California, for the U.S. Department of Energy’s biennial solar decathlon. At an open house prior to shipping out, students showcased their innovative architecture, engineering, and design. The house features a number of vinyl elements, including a vinyl reflective roof, and vinyl decking, cladding, and windows. 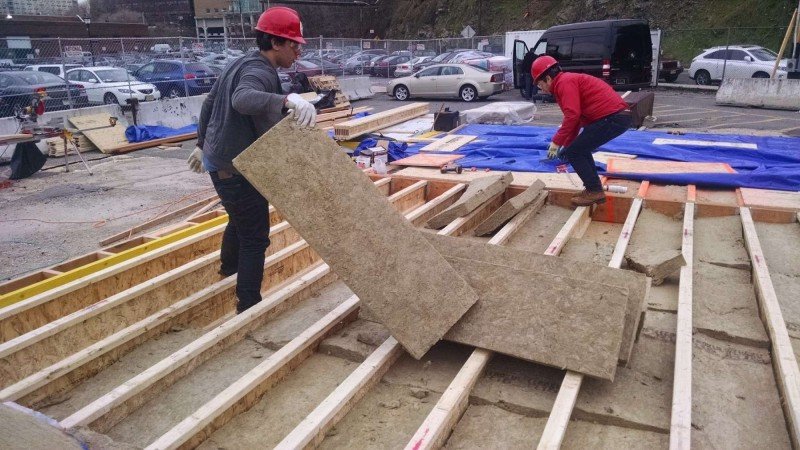 Stevens Institute of Technology celebrated the completion of the SURE HOUSE, an environmentally sustainable, resilient house for coastal communities – one that could better withstand a storm the size and force of Hurricane Sandy.

The SURE HOUSE will serve as Stevens’ entry into the 2015 Solar Decathlon, a biennial competition sponsored by the U.S. Department of Energy which challenges teams from the world’s most prestigious institutions to design, build and operate solar-powered houses that are cost-effective, energy-efficient and attractive.

Hoboken suffered some of the worst impacts of 2012’s Hurricane Sandy, but students and faculty at the nearby Stevens Institute of Technology have long been determined to turn the disaster into a learning experience.

When the storm hit, more than 300 students organized the effort to assist the city by coordinating and supervising more than 5,000 volunteers who reported to City Hall to deliver water and supplies, rescue stranded citizens, and cook meals for city shelters. Since then, a new, interdisciplinary disaster studies class, “Sandy Studies,” has been developed to expose students to the real-world intersection of science and society and the pursuit of effective, responsible and inclusive innovation.

In hurricane season, a host of factors can conspire to cause damage to a home. Tree limbs break, the power goes out, water creeps into otherwise dry basements, and small backyard objects cause surprising damage when carried aloft by high winds. The best way to protect your property from damage is to check things out before the seasonal storms hit and then prepare for the worst.

Approximately 98 percent of all presidentially declared disasters are weather related, leading to nearly $15 billion in damage, according to the National Weather Service. Water and wind are the primary culprits.

In October of 2012 Hurricane Sandy wreaked havoc along the northeast coast of the United States. In New Jersey alone there was an estimated 29.4 billion dollars in damages, with 346,000 homes affected and almost 2.5 million people left without power. The destruction the Stevens’ community experienced here in Hoboken challenged us to respond positively in the face of this disaster.

Welcome to the SURE HOUSE, Stevens Institute of Technology’s entry into the U.S. Department of Energy’s 2015 Solar Decathlon competition…

The measure of how well any system (here, the SURE HOUSE itself) can endure a disruption without significant deviation... Learn More